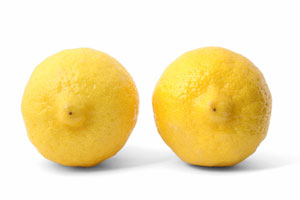 I love my friends, all of you, each and every one. I have to butter everyone up before I mention a topic that has come up many times with friends. I probably would have said something similar in your shoes… The topic: my “free boob job.”

In January when I was getting my mastectomy my friends would comment that at least I was getting a free boob job out of everything. That is one of those moments I would bite my tongue, take a deep breath, smile and laugh. My response “yes, if you would call it that…” With my next surgery coming up, it is a comment that I am hearing again. I don’t know how you are supposed to respond to someone talking about breast reconstruction and I understand where the comment comes from. I can have a tendency to say the wrong things when people tell me something about cancer or something related to a traumatizing event in their or my lives. I am not totally offended, it just makes me uncomfortable, so I figured I would bring up the topic so that it is something that people are aware of.

I was discussing this type of comment with a friend who had had a mastectomy on one side and when they replaced the expander with an implant they also placed an implant on the other side. They do this to try and even things out, because breast reconstruction can include modifying the other breast to make them match as good as they can. I described my predicament with people commenting on my “boob job.” She commented that breast reconstruction is really a “salvage job.” Which is exactly what it is, making the best out of a bad situation.

Mind you, at the moment my breasts are in fact larger than they were (but not by much when it comes to cup size). A difference is that the real ones don’t stick straight out straight from your body and they aren’t as hard as a rock. I do have to buy different clothes to hide the scars, but the surgery has also made certain other clothes look more appealing due to my new shape. Underneath that clothing is 3 major scars (soon to be 4) at least 4-5 inches each and about 15 or so small scars where the drain tubes came out (yes, those big things leave a scar). As time passes the scars smooth out and lighten in color. They are reopening the ones on my chest in my surgery on the 27th (the left scar will be cut out and replaced with a patch of skin from my back as they pull the latissimus dorsi around). I don’t post any picture of my scars in front because they look enough like breasts that Mike is uncomfortable with it (covering up the nipples doesn’t make him any more comfortable with it). I had a picture of the really funky stickers and lines from getting lined up for radiation, and it got a “no go.” Which is ok. 🙂  I have posted my back so far here.

I had always planned on having breast augmentation done when gravity started to get involved, so trust me, I take no issue with boob jobs, my surgery just isn’t that…

Am I bitter that I lost my breasts? No. I mourned their loss, I miss them sometimes, and I get sad about it. I am delighted that that I have the opportunity for reconstruction and that I didn’t wake up from my bilateral mastectomy completely flat (although I did flip out a teensy bit when I found out that I had to have a lat flap and that was just about my only breast reconstruction option). When I had to have my breast expander removed on my right side I did go to a dark place. At that point in time I was so worn out and tired of fighting, that the combination of everything really did pull me down for awhile. I chose to take some time away from work because I had two more chemo treatments left (that made me miss work because of the leg pain) and I had a reconstruction surgery coming up that I needed to try to heal from if I was going to get that expander back in. This gave me some time to face my demons and get back to a good place where I was healed and well enough to return to work before radiation. Life is too short to be angry.

To some this surgery may seem optional, to others it may appear to be less optional. Whatever your opinion, it is a nasty icky surgery, I have done it once before, but it was worth it. My sanity prefers a little cleavage in my life.

Regarding free: These puppies cost about $200,000+ (my hospital is $20k a night just for the hospital stay alone, I have good insurance, so that isn’t really what it costs me, but it puts things in perspective).

Size: I know the girls that have actually had boob jobs want to know the cc’s. They will be 500 cc’s which is huge if you actually have something in there with it (which there isn’t), apparently my lastissimus is little because it doesn’t add much bulk… I was at 510 and 470 on my expanders (which I had no idea about until today, I hardly had any expansions). They will put in silicone, and I love my doctor, he is the best..