What Happens When Your Lung Collapses?

Home » Life » What Happens When Your Lung Collapses?

That is the question that has played itself over and over in my brain the past few days.

I know people live without a lung, I know it is possible, and I know my left lung is on its way out. When? I don’t dare to guess. I imagine when I fully go on hospice it will be sooner rather than later. I still have the drain in it for my sanity, but it isn’t draining anything worth talking about. The lung is trapped in pockets of fluid that are trapped in the space between my lung and my lung lining.

Lately I am locked up in the house with my thoughts, too tired to get out and do much wildly excited, saving my energy for the days and moments that I want to be fully present. Unfortunately the past few weeks that it has been dealing with people fixing our house from the basement flooding situation. My mom and her boyfriend fixed the important drywall/drain issue that could have caused moldy issues in the future. The stress was enough to give me gastritis (I also had been taking IB Profin on an empty stomach and not taking my Prilosec). This wasn’t how I wanted to use the time I was seeking out of what chemo I could get, but I guess that is how life works.

Mike has been also buried in the house mess and helping his work move offices. We have both been overwhelmed. We were supposed to go on vacation, but deep fear of the medical system in the Dominican Republic and seeing the cancer spread I had going on again we chewed on our cheeks and decided to book something in the U.S. instead.

My oncologist dropped the Navelbine and added the Afinitor. She doesn’t really want to do chemo right now with what my body is doing with my liver counts. So right now I am on Afinitor, Herceptin and intrathecal DepoCyt.

Next week I get fitted for a portable oxygen concentrator. This will enable me to get out and do more stuff without being as tied to my oxygen tank running out (my blood oxygen runs in the lower 80’s now if I am not attached, or I cough a lot, which hurts a lot). Once I have that in hand I am booking some time away as soon as it makes sense. It is also starting to get warm enough here for camping. Fifi is almost ready to let her hair down and go hit the desert. 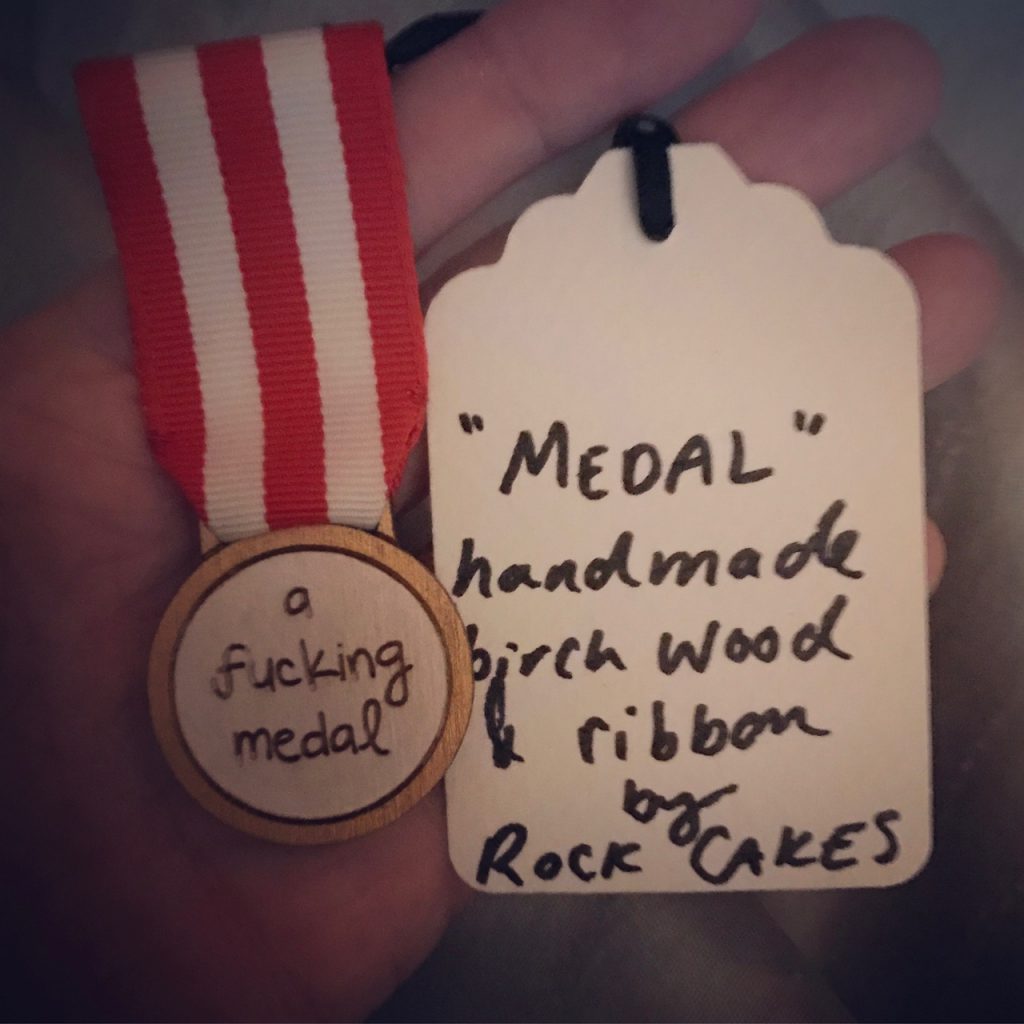 My friend gave me a medal.

The answer to what might happen when my lung collapses is that it may just fill with fluid and hang out. It is more dangerous when it is a sudden collapse as explained by my palliative doc. I see my Pulmologist in a couple of weeks and I will get his take and best palliative choice (what will be most comfortable for me in the time coming up).

I have been trying to get my butt to the LBBC metastatic conference at the end of April if all goes well. Unfortunately the rooms sold out at the discount and I am trying to bring my momma as my roomie since she moves at about the same pace as me. Trying to figure out other ideas, but I am hoping to make it and see some smiling faces there! <3