I had a very nice woman email me because she is going to be taking care of a friend after her double mastectomy and asked for tips and tricks on how to take care of a patient after a mastectomy. I figured that I would also share my advice on a blog post since I know some website visitors are caretakers of breast cancer patients and breast cancer patients themselves preparing for surgery – and my life is pretty boring cancerwise lately (feeling great). So… here goes (this is going to be really long), based on my/our experiences only, please understand. Everyone is different.

When I asked Mike what advice he would give his answer was: “Yogurt, pudding, purple Gatorade, TV in the bedroom (otherwise your wife won’t lay still), and leave them alone (pop your head in once and awhile, get grunted at, go away).” Whew, I sound like a good time. Also, he knows I posted his exact statement and he fully agrees with it, twice.

My surgery before chemo – I had the option to start chemo or have surgery. I chose surgery first. I should have healed a lot better, your body does well at this time, but stress is not good for your body’s healing process.
Surgery shortly after chemo – I opted to go ahead and reconstruct the healthy side after my complications. This was much harder, MUCH. Comparing my lat flat reconstruction on each side, my body had a very hard time recovering shortly after chemo (three weeks). My body was even madder at me when I threw radiation on top of surgical recovery. I started working one week after my mastectomy from home (my choice and a bad idea for me) and I was back in the office after two weeks after my mastectomy (bad idea for me again). I did wait over three weeks after my first lat flap to go back. I found out about http://www.cancerandcareers.org long after treatment, I haven’t spent much time on that site, but it may be helpful for other woman like me. I suggest three weeks minimum healing time after any major surgery, otherwise you chance a million more surgeries and missing more work than you would have, had you taken care of yourself in the first place…

What not to let her do:

What to expect: I haven’t spoken to a woman that thinks that a mastectomy is the best thing that has ever happened to her (surprising eh?). It makes you depressed (reconstruction can do the same thing, it isn’t what it was, I am happy with my surgery, but you aren’t exactly princess charming after these surgeries). You can be shocked, sad, angry, screaming inside… do all of it. You make major decisions about your body within a short period of time. Mourn. We are raised with part of our sexual appeal/identity being tied to our breasts. My surgery was a skin and nipple sparing mastectomy surgery, I woke up two cup sizes smaller than I started because I had immediate reconstruction, which made it easier, but not “easy.” For women interested in this kind of surgery, my surgeon and plastic surgeon have a site about it, PLEASE understand this website is very graphic, you were warned. When I did lose the breast expander on my healthy side due to surgical/chemo healing complications I had to relive the experience again in a different way. Just understand that this is a scary time and the patient may not always be on their best behavior.

Mike also suggested not to tell the patient that they will be “ok.” I hated being told I would be ok, I wasn’t ok, and I was weird about being told that. I needed to decide that for myself (prayers, well/healthy/healing wishes, support, caring thoughts, luck, all of that is greatly appreciated, I just wasn’t “ok,” and didn’t like being told I was going to be that way). This could just be me! I am still wary about being called a survivor, I just tell people I have had breast cancer treatment. It is all about personal semantics.

What I honestly don’t know: How women have surgery and care for babies, young children, etc. I have major respect for women with children that go through breast cancer treatment. I wish I could give advice here, but I can’t claim experience in an unknown. 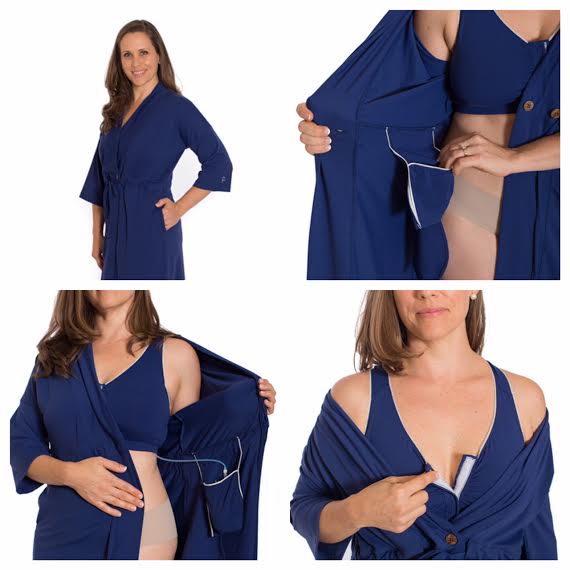 I don’t do have many products on my blog that I haven’t personally used, and don’t do a ton of promoting, but when I receive a nice email like the one I received from Allison, the creator of the Brobe I felt like I should at least look at her hard work and creation – the Brobe. She asked that I check it out and even offered compensation if I wanted to advertise it, instead, I asked for a free Brobe to give away to someone who was having surgery (in the hopes that it would help someone out that was having surgery or planning reconstruction – plus maybe I could get a note on whether or not it helped them out). Surgical drains were a royal pain in my butt, and getting comfortable after surgery was difficult. The Brobe looks like a comfortable way to help manage the darn things (I had as many as 6 after one surgery).

Brobe contest is closed (I was not compensated for this post)

Please add your suggestions and recommendations in the comments below:.