Home » Updates » My Pessimist and My Optimist Are Fighting

My Pessimist and My Optimist Are Fighting 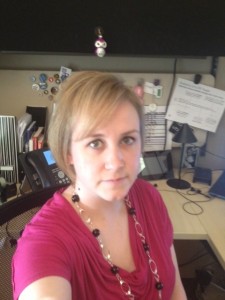 I got a phone call this week reminding me about my appointment the next day with my surgical oncologist (Valentine’s Day appointment anyone?). Appointment!? I admit that I had not added the appointment to my Outlook calendar. If it isn’t in my calendar, it doesn’t exist (my calendar is kind of scary these days, I would kill for a day without any meetings). I didn’t realize it had been 3 months already!

My mind has evolved from thinking about cancer regularly to random moments of reflection on some of the events related to my cancer treatment. As time goes on I am certainly thinking about it less and I can’t remember when most of my cancer anniversaries are, I would have to look them up, but frankly I don’t want to keep track of them. Two years have passed since my bilateral mastectomy. The daily reminder (scars) don’t even really bother me all that much anymore except now and then pondering another minor surgery someday to remove the lumps in left side and take down some of the latissimus bulk from the right side.

I waited in the waiting room for a little while, busy day up at the good ‘ol Huntsman Cancer Institute. I was surrounded by lots of chatty people, but wasn’t feeling very chatty. I was tired, I had had a particularly long week at work and probably would have moved my appointment had I realized it was coming up. I just sat with my handy dandy iPad and answered emails.

Once they took me back to the room, this visit’s medical resident came in with nurse Vicki. The resident found 4 lumps in her exploration. 3 were known by me, the 4th was a bit of a surprise. When my surgeon came in, she talked to the resident about the 3 obvious lumps, that I think are fat necrosis. She then felt deep in my armpit for the lymph node lump that the resident had reported. My surgical oncologist actually missed the lump by about an inch when she checked (it was more on the side of my breast, just over an inch from where I had a positive node). I didn’t push it at the time, but when I got to work after my appointment I realized I should have probably had her specifically check that spot. When I got home later that evening I had a chance to check for what the resident was talking about. I found a round lump.

I wanted to just avoid it and deal with it when I had my next check up in 3 months, but no one would let me (something about not being able to ignore lumps in circumstances like mine, I really didn’t feel like getting that first one checked out… and look where that landed me 🙂 ). When I called, the nurse felt like I should monitor it for a week, and if the lump was still there they would schedule an ultrasound. I have had lumps before that went away. I think my lymph nodes like to get a little rambunctious. My pessimist and my optimist are fighting.

The optimist in me: Bah! Like there is any way some cancer cells survived in my lymph nodes after that beating from chemo and radiation.

The pessimist in me: OMG, that is right next to the lymph node that had a tumor. Lovely.

My optimist: Well, if it is, at least it is local and can be treated more easily. Nothing I haven’t been through before… but it isn’t going to be anything because I have had some weird lymph node lumps before.

Not sure who is going to win. I have been trying not to make a ridiculous big deal over the whole thing because every time I make a big deal it turns out to be nothing to get excited about. Of course, when I have tried not to make a big deal I find out it is serious. So I may let my pessimist win for just a bit. We will see in a week… 🙂

My friend sent me this video. Don’t watch it unless you have 15 minutes to shed some tears. It is eery some of the similarities (I had 5 surgeries and lost my expander due to infection). I lost it at the part where she mentioned being diagnosed the day before her birthday (this may be somewhat graphic for some):
.