Annnnddddd……… I am back! I think. Maybe. OMG I get tired.

I am off to Manhattan Monday for a conference. This will be my first real trip in about a year. It will also be the longest Mike and I have been apart for a long time too. We are settling back into normal life, but worries from the past year take time to go away. I only have the surgery left in December and even my surgeon reminded me that I have done this surgery before. 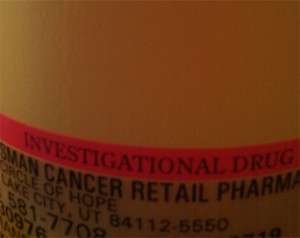 I have been on Tamoxifen for over a week now. I had one serious dizzy episode, but I actually think it had nothing to do with the Tamoxifen. It does appear that I may have leg pain from it though. I thought I hurt my legs from not stretching them from using the elliptical, so I stopped exercising for a few days and got odd pains in various parts of my legs (sometimes it felt like pinched nerve, other times like a pulled muscle). I didn’t really connect the two until today, I looked it up because it seemed strange that my legs were still sore from a workout 5 days ago (and the location of the ache switches from day to day). I am sure this is something I will learn to get used to, the benefits of Tamoxifen won’t be overridden by some aches and pains (the seasonal shift here to snow already certainly plays a part, I get achy joints every year, and the residual impact of Taxol on my joints is definitely there).

I am battling wanting to work extra hours but my brain and body not handling more than 9ish. I have the best staff in the universe though, so I love being at work when I have 5 minutes to pay attention to everybody. My brain is firing almost at full capacity, I have discovered memory lapses that have occurred this past year (fun). I actually don’t have a single doctor’s appointment until December. It is a bit surreal, I am used to seeing at least one doctor a week for the last 9 months.

I am in a study where I will possibly be taking a placebo twice a day for 5 years, but I could also be taking the real thing. Metformin has been shown to decrease tumor growth in rats (all types of tumors, not just breast cancer). It is a  medication that has been around for a very long time (a generic) so the long term effects of its use are known and it isn’t really a problematic medication so I figured that I would help out science and take it. We can donate all of the money in the world to cancer research, but in order for it to help people, someone has to be the guinea pig..