I guess I should be relieved that there were cancer cells in my cerebral spinal fluid, especially after my previous post. In reality I am – it would have been frustrating to wait for them to do another one and keep doing them until it finally showed up. At the same time it is so emotional to know I have leptomeningeal metastases, also called leptomeningeal carcinamatosis.

I guess it is good I was sort of scheduled to go see radiation oncologists, my oncologist was wishing I was also seeing a neurological oncologist too, as now is the time to gather opinions and make some decisions.

I am fretting about time, but this as we know could have been simmering since January, so I have had some luck with it being slower so far… I say that as I am laid up in bed with a neck that is really sore (this isn’t related to the tap, maybe to the mets on my spine or vertebrae – who knows – my neck just hurts).

I am going to be scheduled to see an oncologist at Huntsman that specializes in neural-oncology along with breast cancer stuff… my preference was to get an Ommaya Reservoir and start a chemo regimen for my cerebral spinal fluid – how that impacts my treatment for my body I don’t know? Hopefully there are options to treat both since my body hasn’t shown signs of letting up either. I will also hopefully find out about radiation options while I am in Seattle.

So as it is, I have been dying since I was diagnosed stage IV, now I am just doing it a whole lot faster according to statistics. Statistics said I wouldn’t get this and I somehow know a few people who have lepto mets too, so it is seemingly less rare with metastatic breast cancer than I thought? Who knows. I am not ready to throw in the towel yet, so we will see how my next list of options turn out.

Hopefully we will have some decisions made and have forward momentum soon.

Hopefully I can still make it to Burning Man… )'( (priorities) 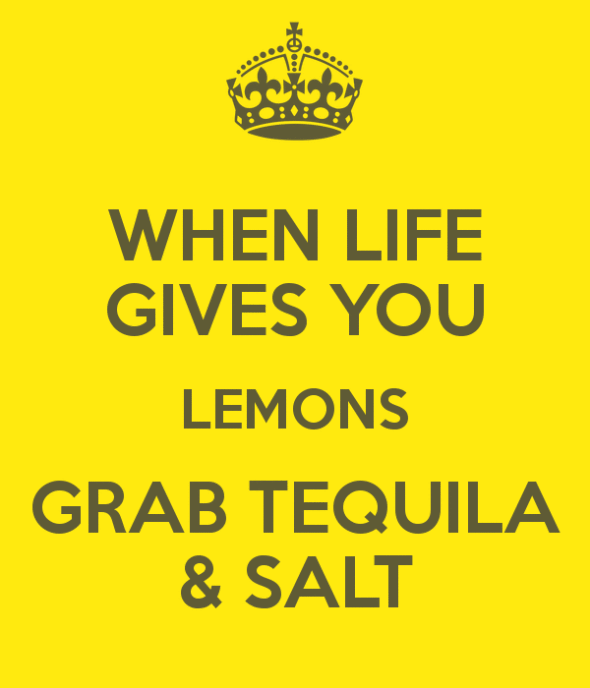 Ok, I haven’t had tequila in umpteen years, but it was this or throw the lemons…