Home » Updates » Clarification and a Cough

Clarification and a Cough 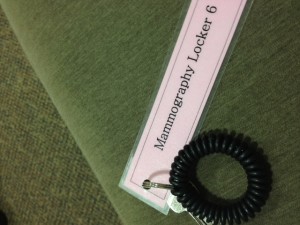 After my adventures last week I decided that I would make an appointment with my plastic surgeon to talk about the small revision I had been considering to my initial reconstructive surgeries (hey, he did a good job, but… you know… I have a part that I want evened out a little bit). The other reason I wanted to talk revision is I wanted to see about getting the lumps removed, oh, and I think I might have a leak in my implant. I have just been pretending to ignore it (or I have some fluid in there with the implant).

He was totally fine with the revision part, but told me I have to get my cough cleared up before surgery (I wasn’t actually planning on doing it in the next couple of months, so I BETTER not have this cough). He was less excited about removing the lumps. The skin is thin there, it was radiated, we still haven’t a clue what the lumps truly are… His instinct was that they are related to the surgery and where they attached the muscle inside everything. He did not feel like they were fat necrosis (which I guess they do remove all of the time for the sake of sanity, so I am not the only slightly neurotic post-cancer lumpy lady out there). I took along my mother for mental support (she was slightly miffed at me for not bringing her to my last appointment, I usually expect to be in and out and back to the office, adventure free, so emotional support isn’t usually a part of my appointment planning).

The plastic surgeon’s response was that we should REALLY take a good look at these lumps and then I can decide if I truly want them out. If I want them out, he will take them out, but that we should just really look at them very closely first (which translates to: you have had a bajillion surgical complications, you are thinking about going in there on a perfectly good looking reconstruction and chance messing it up, so make sure you really want to do this). I see his point.

Sooooo. Step 1 was another mammogram. You should have seen the look on the poor tech’s face when she realized she was going to be attempting to image me again… one week later… on the other “boob,” and it just didn’t work. I get it now. When you have breasts with implants, they get your breast tissue in there, not the implant. When you don’t have breast tissue, they got nothing but implant to take an image of… she tried. She really gave it a good try. She sort of got a bit of a picture of the muscle (which is what I have in there, which I am sure looks pretty odd when you are used to looking at breast tissue all day). They sent me back to the waiting room.

I got called in for an ultrasound. I exclaimed “again!” I guess I should have been less exclamatory, but you know… gah. This time I got a student first who was very nice and had no idea what he was looking at. I was worried I was going to have the same radiologist as I had last week, I did get the same one. Although this time he was very very pleasant (I do swear I caught him on a bad day last time… it was just odd).

He had spent some time looking at my ooolllldddddd images because he had a discussion with my mom about the DCIS I had which permanently freaks her out because you can’t see it on an ultrasound (but normally you can on a mammogram). He actually explained that they did see a lot of it in the early images (it shows up as calcifications). Part of the reason it is a little freaky is because we don’t fully know where all of the cancer was in my breast since there was more than the tumors identified in my breast and lymph node – there was an extensive amount of DCIS (which never included a measurement, just that word, “extensive” which to us means EVERYWHERE).

I calmly explained that after the appointment last week I was thinking about removing the unknown lumps. He gave them a good look and figured the MRI was a fine next step and suggested that they could carefully do a biopsy if that was what was decided after the MRI (he still stood his ground that they MRI is tricky and may not tell us any more than we know from the ultrasounds and tests done so far). It seems like they don’t look like scar tissue according to the radiologist and my plastic surgeon doesn’t think they are fat necrosis and no one thinks that they are cancer. The radiologist did find a dark round cyst/possible necrosis while digging around (I guess I am full of weird tissue things going on).

So now I have an MRI scheduled, which I needed to do anyway, but the whole thing is just making me tired and I am wondering how much I want to pursue and how much I just want to go back to watching and waiting. Having had two lung infections/colds/who-knows-what and bronchitis for the last 4 weeks hasn’t helped my energy level either… I am on my second round of antibiotics and an inhaler and now my lungs have me a little freaked out. We have a clean x-ray on them, but what do you do? I can’t decide if I should be annoying and bug my doctors (I tried to make an appointment while I was there today, which they mistook as me wanting to talk to the doctor “right now” – and her response delivered via a nurse was to go to my GP and get an inhaler – which I have already done and now I don’t feel like pushing it).

Oh, and this came in the mail (I am assuming that it goes with every abnormal mammogram, even if they go ahead and do the follow up right then):

I feel like I need to take a chill pill and I am starting to feel annoying. No one wants to be the annoying patient, I prefer being the cool, calm, and collected and sometimes funny patient. The verdict is still very strong not cancer, and I am not strongly concerned that it is, I just somehow ended up with a little doubt that crept into my mind that maybe this process will put to rest (the lumps have always worried me a little). Maybe knowing what the lumps actually are will help, maybe I will drop it and we will never know. So now everything is as clear as mud, and I have a cough. 🙂.