I feel as though every time I add something that can be visible on my body that screams HEYYY!!!! I have metastatic breast cancer!!! That I just get sadder and sadder. I don’t want people to look at me and know I have breast cancer all of the time. I have hair right now, it is my one little break… I am happy to talk about it, but most people don’t ask, it is just kind of awkward.

When I had my intrathecal chemo appointment I pointed out that I had a small (maybe big) issues. I am throwing up randomly again. This isn’t the kind of throwing up where you have nausea and you work your way up to it. It is the kind where I will be relaxing comfortably and suddenly I will need to be standing over the toilet or the house is going to get messy really really fast.

I have had these episodes a few times in the past and each time they were correlated with new brain mets. Although the neurologist has disagreed with me and tells me there is no way those tiny little mets are causing those kind of symptoms, I have no other explanation. I start throwing up like that and BOOM scan shows new baby brain tumors.

Friday I came in for my Palliative Care appointment and my blood oxygen was in the dust as usual (somewhere in the 70’s because I had just finished a coughing fit, so I hadn’t been getting any air) this time it was a nurse doing it and she didn’t have me take a couple of deep breaths to increase the number. Instead she put me on oxygen as soon as I was in a room. My palliative doctor called my oncologists, she wanted me placed in their version of instacare/ER (which is open 9:00-5:00 Mon-Fri and closed on holidays which is exactly when I don’t get sick). They got me on oxygen, I was able to drain my lung (I was due, and my brain guy says that they want mine, so we drained it and gave it to them).

My slowing down of pleural fluid has done a complete 180. I was at 75 ml every 3 days, yesterday I pulled out 400 ml from 2 days. Whaaaaaaaaaaaat?! I have no idea what happened, but it went waaaay up this past week. I a growing pleural fluid like it is nobody’s business (is it anyone’s business? Now it is yours, I gave it to you. Merry Christmas).

By the time I left the Acute Care Clinic I had oxygen ordered for my home (when I got home I found out they ordered me 24/7 oxygen… hrm…). I have a little machine that gives me oxygen at night and also fills tanks. Fancy. Unfortunately it isn’t filling tanks like it is supposed to, so now I have to wait until Mike gets home and have him call them since they think I am too weak to get the machine to work and I think the machine is too broken to work (I don’t appreciate being told I am not strong enough to do something, so I may have cried a little). They pretty much want me on oxygen when I am at home, they promise it will make me feel better. 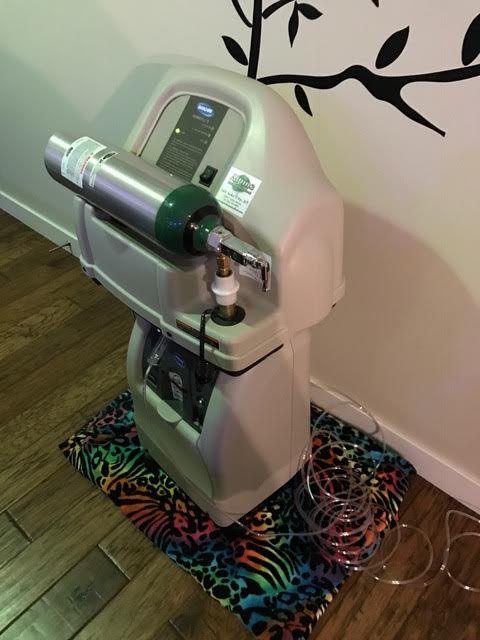 The closest blanket to throw it on was zebra rainbow. You love it, don’t lie!

I also left the Accute Care Clinic with a brain MRI that said I had two new small brain tumors. My brain and breast guy disagrees with them and is looking over them closely this weekend and we will discuss Tuesday what he thinks is going on and what he wants to do. 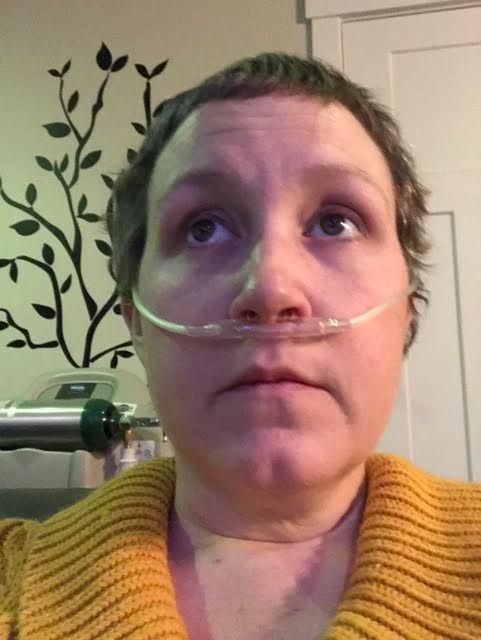 I have always hated these things