This is the Kind of News we Like to Hear!

Home » Life » This is the Kind of News we Like to Hear!

The night before my scans scanxiety set in full force. I was pretty stressed for my appointments. I was meeting 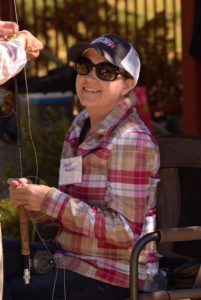 Me at Casting for Recovery in Midway, UT last weekend. I caught a teensy fish.

with the new radiation oncologist that specializes in the brain (since my last one ran off to Duke). Introductions had been made and I wasn’t a new patient in case I need brain radiation at some point, I stil have some of the same concerns I did when I went to Seattle, but leptomeningeal mets trumps all things.

It seems like my brain and spine and everything MRI has been quite the drama lately (my PET-CT was a mixed bag , I have an icky cough, but I don’t know if that is things improving causing it or if it is getting worse).

Leptomeningeal metastases scare the crap out of me. Everything I Dr. Google about them is entirely too unpleasant. Having visible spots on my brain and spine just get my head spinning and every time we have tested so far the tests have come back with cancer cells in there floating around (they aren’t causing me major damage right this moment, so I must remember to breath – and now my superstitious side that worries saying something is going well will come back and bite me in the butt… is freaking out). I have been so hopeful as many women have responded to Methotrexate and boy did I respond, just not how we had planned!

Since I started Topotecan for my leptomeningeal metastases, I have started to feel better. After starting Xeloda my energy has improved even more. I do have down days after my infusion, but it is easier to push myself to get up and get going. Kadcyla really knew how to knock me down (before that was Taxotere… so.. yeah).

Yesterday turned into a long day due to fire alarms and being left in a room that doctor didn’t know I was in (my appointments were pretty much booked on top of each other). Long days at the hospital wear me out! I usually just want to sleep after, which is mostly what I did.

Here is the status of where I am (I don’t have a copy of the MRI report, and I am usually a bit ick until I see the report itself, so until further notice):

Cross your fingers that side effects will be minimal and the chemos will be effective. Thus is the life of a stage IV breast cancer patient. 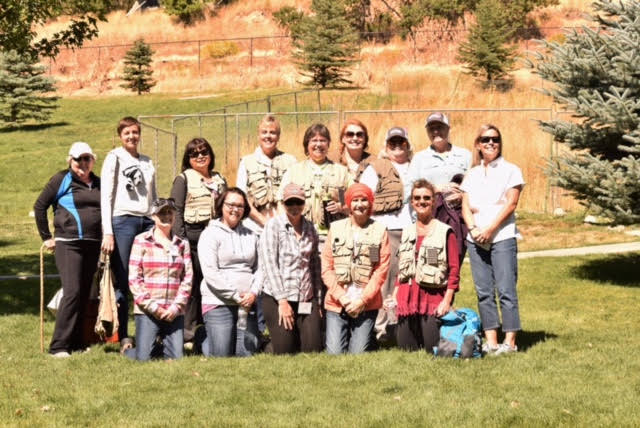 My Casting for Recovery group (read about them at http://www.castingforrecovery.org )