Seattle, Home and an Ommaya Reservoir

Seattle’s weather was quite lovely for our visit, of course it was super lovely on the day that we raced to appointments (stuck inside, looking outside at the sunshine through windows). I have no idea how it was conceived of booking appointments at hospitals all over Seattle 2 hours apart (of course I realized quite how far as we rode white knuckled in the back of an Uber car hoping to make it to the next one “in time.”). The doctors were then late (normal stuff), so then we would have to rush that appointment to run off to the next one! 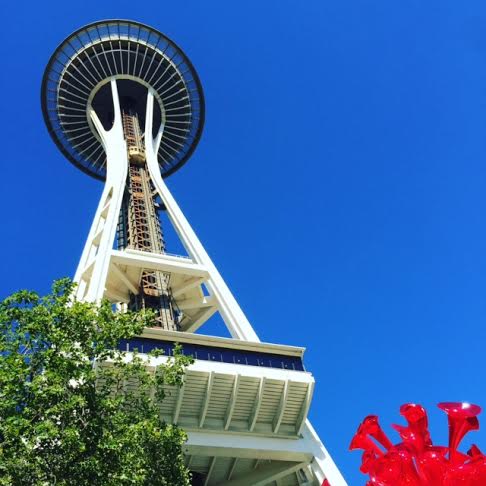 The first appointment was with #TheBestDocEver – my dear friend Beth insisted that I see her oncologist while I was in town (it was also a good chance to have him catch up on my background as I have emailed and gotten his take in the past on items here and there). It turned out as we were heading out – that it was helpful and I NEEDED additional input from an oncologist with experience in treating leptomeningeal metastases for thoughts and opinions, so his input was timely for the change in programming for this month’s visits to Seattle. He would be excited to know that the team here agreed with him on most points and I am moving forward with a similar plan of treatment (so far). He asked that I update him whatever I do (because he is the best doc ever, so I will, when we finish deciding it all 🙂 ).

The other appointments were with radiation oncologists who were both of the opinion that my situation needed chemo right now and radiation was not at the top of the list (so going to Seattle didn’t make quite as much sense as it did when I wanted opinions on what I should do about my brain mets and the questionable leptomeningeal spots on my brain). One radiation oncologist had a feeling that chemo would work great and gave ideas on radiation later should I seek it out… the other one I am not so sure expected me to live long enough to make the plane ride home (I exaggerate, but her bedside manner left us a bit run down after a long day of not having a chance to eat and having to wait an hour and a half plus for her… sigh, not sure how I pissed her off). I did feel like we learned quite a few things, got some ideas and enough oomph to help create a solid feeling for plans as we get them moving here in Utah (I also learned a few things about what radiation can and can’t do based on different equipment, which is helpful, as there are more KINDS of equipment available to radiation oncologists in Seattle, which is one of the reasons I wanted to go up there for opinions on radiation).

There was confusion for me over how long I was being told I was expected to survive by doctors (I heard one thing, my mother heard another, we got different feedback from different doctors in Seattle), so, for now, we are going to pretend like I absolutely have no idea (because I don’t). We will see how I respond to chemo and go from there. Leptomeningeal mets is a crappy hand of cards, but there is always something worse. So I will deal with the hand I have been dealt.

My added brain/spine oncologist here will be overseeing the administration and decisions behind the administration of Methotrexate. He specializes in cancers that start there, or spread there from other places (super interesting). He is a very nice guy and he ordered my Ommaya reservoir get placed in my skull Friday of this week (they shave the top of your head, make an incision and insert a small tube between your hemispheres of your brain into your cerebral spinal fluid and BOOM, access). They use this to give you chemo into the fluid and to remove fluid for testing – an alternative is to regularly access through your spine. It looks like I get a night or two in the hospital post surgery.

I will get the chemo in my cerebral spinal fluid twice a week for four weeks and then they will move it to less often if they test and find no cancer cells showing up, if they continue to show up we will try another chemo. There are a few options that can go into cerebral spinal fluid. I will also get an MRI after 4 weeks of treatment.

My HER2+ friends are now asking why I am not getting Herceptin intrathecally. The reason? We don’t have proof that I have once responded to a HER2+ therapy. So far I have responded to chemo. Every time they take away the chemo my cancer spreads. So, the heavy hitter in this case is chemo. If we get an idea that I am responding to HER2+ maybe I will push more for that… but my tumor markers have been climbing while I have been on Kadcyla. OY! I get the next round of markers tomorrow, which is when we will decide what systemic therapy to pair with the intrathecal chemo (that will only stay in my brain and spine as the blood brain barrier keeps stuff in, as much as it attempts to keep stuff out – I say attempts because my cancer got through). I can stay on Kadcycla or switch to something that crosses the blood brain barrier (the other opinions were that I start something that crosses).

Tomorrow I will see my oncologist, catch up on my Seattle adventures, discuss my brainy discussions and make some more decisions. We will also hopefully get my next month planned out (it is weird to me knowing that I will be at the hospital a ton and I don’t know when yet).

Burning Man is the last weekend of August, so this rolls into when I am getting all of this chemo – I am not sure yet if it will make sense or if I will be feeling up to the trip at the point. So there is a possibility that it will be a “no-go” – if that is the case I will have to hope against hope I can pull off going next year… or just try and figure out how to get me there this year (Mike is willing to wear himself out to get me there, I just feel bad, and travel really wears me down lately). Decisions decisions! I guess I don’t have to make a decision right this moment. I usually start feeling better when treatment works, maybe treatment will start working… 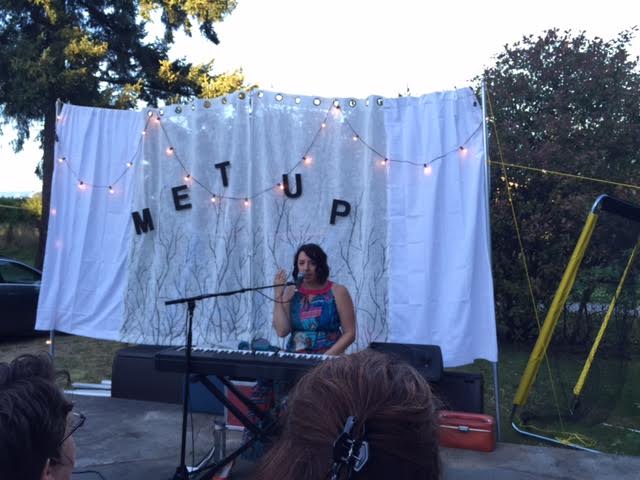 While I was in Seattle I got the opportunity to see Beth and attend the first ever Met Up fundraiser event. It was a lovely night where I got to see many women I know online in person and I got to meet several new faces. The music was lovely (by Shannon Curtis) and if you pay for a copy (you choose the amount) of the song “The Day That They Hear Us” that money will be donated to Met Up. Met Up is an advocacy group founded on raising awareness for metastatic breast cancer with the aim in finding a cure.