Mandi Got Hair, Flying High and the Big Race!

Last week was a culmination of “ZOMG I can’t get out of bed” and this week was the antithesis. It was an amazing week of busy things, but it was awesome.

My week started with the hole in my jaw now being CLOSED. No hole. Bye bye. Healed. Yay!

Thursday was the evening I spent with While You Heal. I got a makeover and had a real human hair wig fitted, cut and styled. Many of my friends and family came to see the big reveal where we showed off our new look (sadly I was totally exhausted after and wasn’t as much fun as I should have been, someday I am going to be wild and crazy and FUN all of the time… I think?).

Sanctuary Salon in Sandy donated their time and stylists, DownEast Basics donated an item of clothing (but did our entire wardrobe, and in the end While You Heal organized buying us the rest of our outfits, how neat was that!). While You Heal is putting together a video of the event, when it is up I will share. Cancer patients families can crowdsource funds to buy these wigs for the patients – they are remarkably less than any other human hair wig I am aware of. I was really happy with the end result. I gave away my wig a long time ago, and have been wigless ever since. 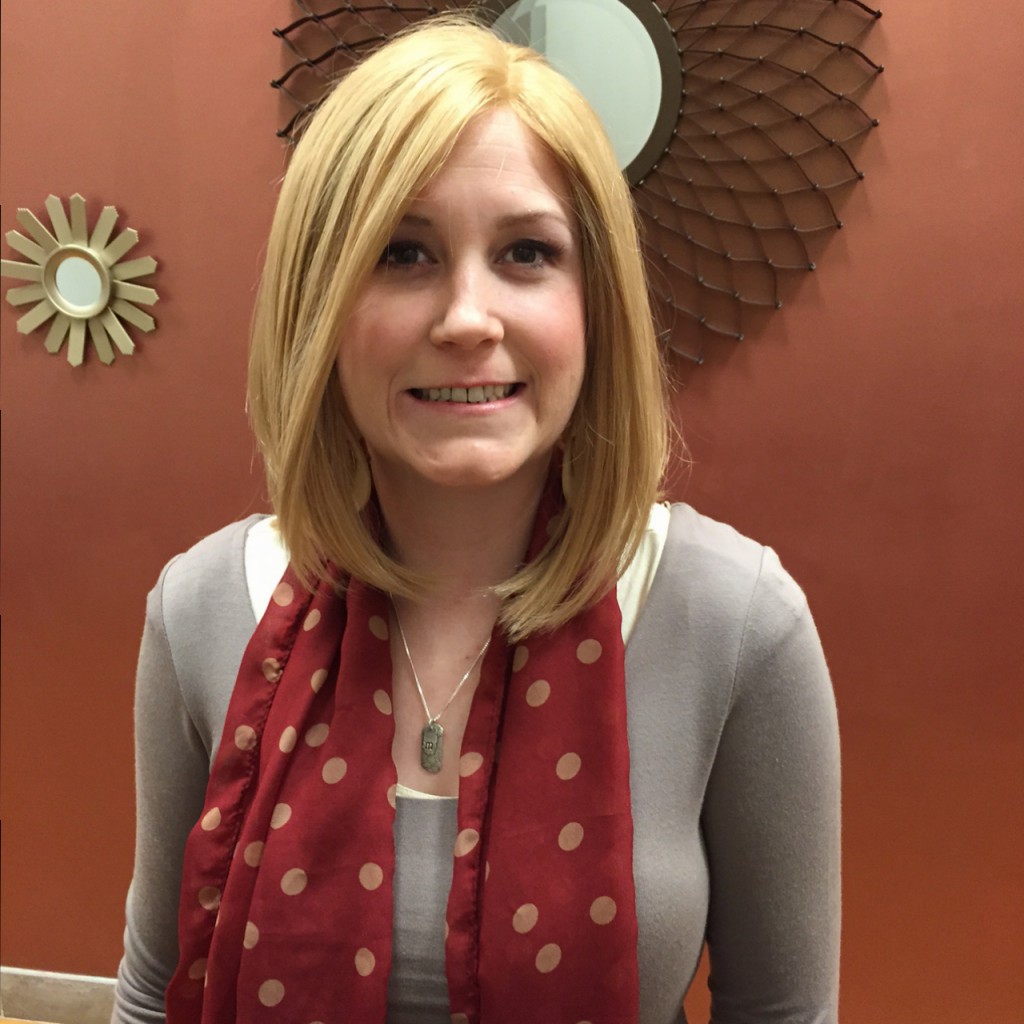 Friday morning Mike and I went to the KSL  studios to do one final plug for Komen Utah race and were told what secret list item the KSL team (Shara Park and Lori Prichard) had under their sleeves. A helicopter ride!!! Not just any helicopter ride, a ride on Chopper 5. Watch out people, maybe “News Anchor” is in my near future (not really, I am amazingly camera shy – whether you believe me or not 😉 ). 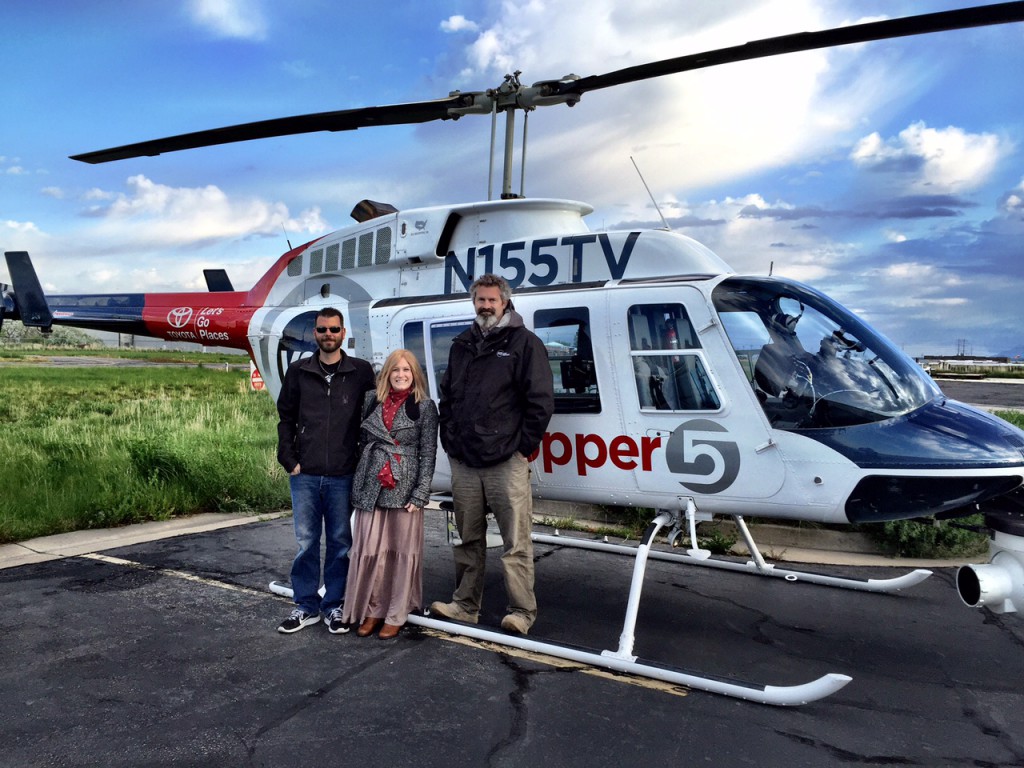 When I had put a helicopter ride on my list I figured we would maybe take a helicopter tour somewhere, never had I imagined we would get to ride in a super cool news helicopter over Salt Lake City (and we even flew over our house). I don’t know if you know this, but Mike’s secret dream has always been to get his pilot’s license and a helicopter, so this was a an extra awesome treat for Mike too! He grinned from ear to ear the whole ride. It was so much fun. 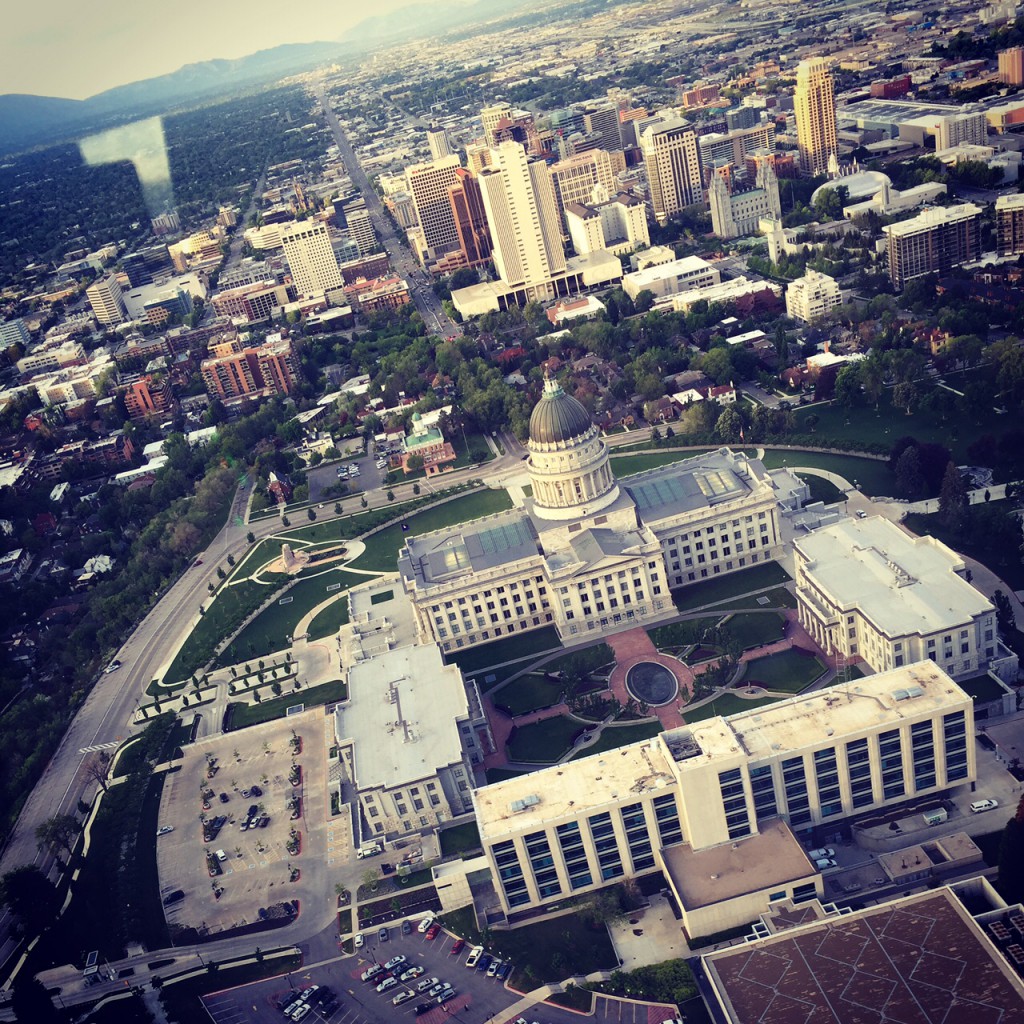 Saturday morning was the big race! I got there and realized I had no idea where I was supposed to be (apparently chemo brain doesn’t read directions and remember them ahead of time). It was pouring rain and somehow I didn’t think to bring an umbrella (this is what happens when you haven’t had your coffee before you go places). I could hardly use my phone because it was getting soaked and I had had Mike drop me off because I was running later than I expected. After running around lost I managed to make it to the starting stage on time and Mike, and most of the Elemonators managed to find me. 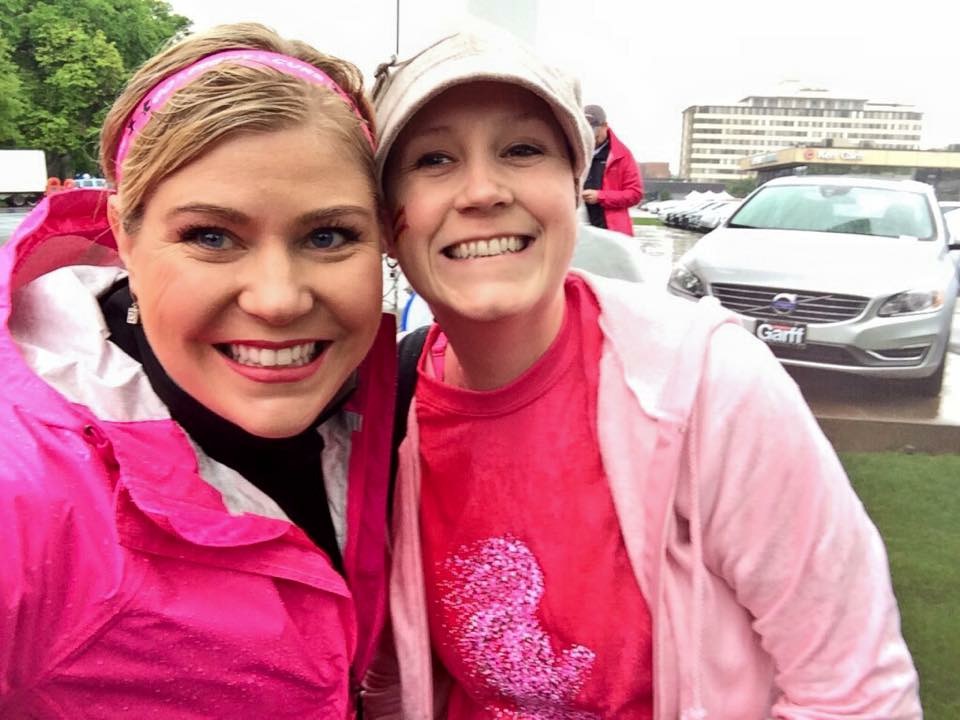 The amazing Shara Park took this photo when I was scrambling to figure out where Mike was. 😀

They had the starting gun all ready for me so there was no way I could possibly mess it up. I had it up in the air and was READY!!! They then decided to move everyone back 10 paces, so I was standing there with the gun raised with the rain pouring having no idea what to do with the thing (I figured if I swung it around people may not like that so much) – so they teased me to PUT THE GUN DOWN MANDI! So I did, then I raised it again and counted down and BANG! Started the race. It was louder than I expected. I was up with Rebecca Cressman from FM 100.3, she did my radio interview. She is adorable. <3

Mandi’s got a gun

It was amazing! More than 9,000 people still made it to the race in the rain and cold. I love the dedication. <3 Here is KSL’s story about it. I managed to end up in a raincoat (thank you Shara) and people managed to keep putting umbrella’s over me, but by the end of the day (I was there from 8:30 AM to 12:00 PM) I was soaked to the bone. 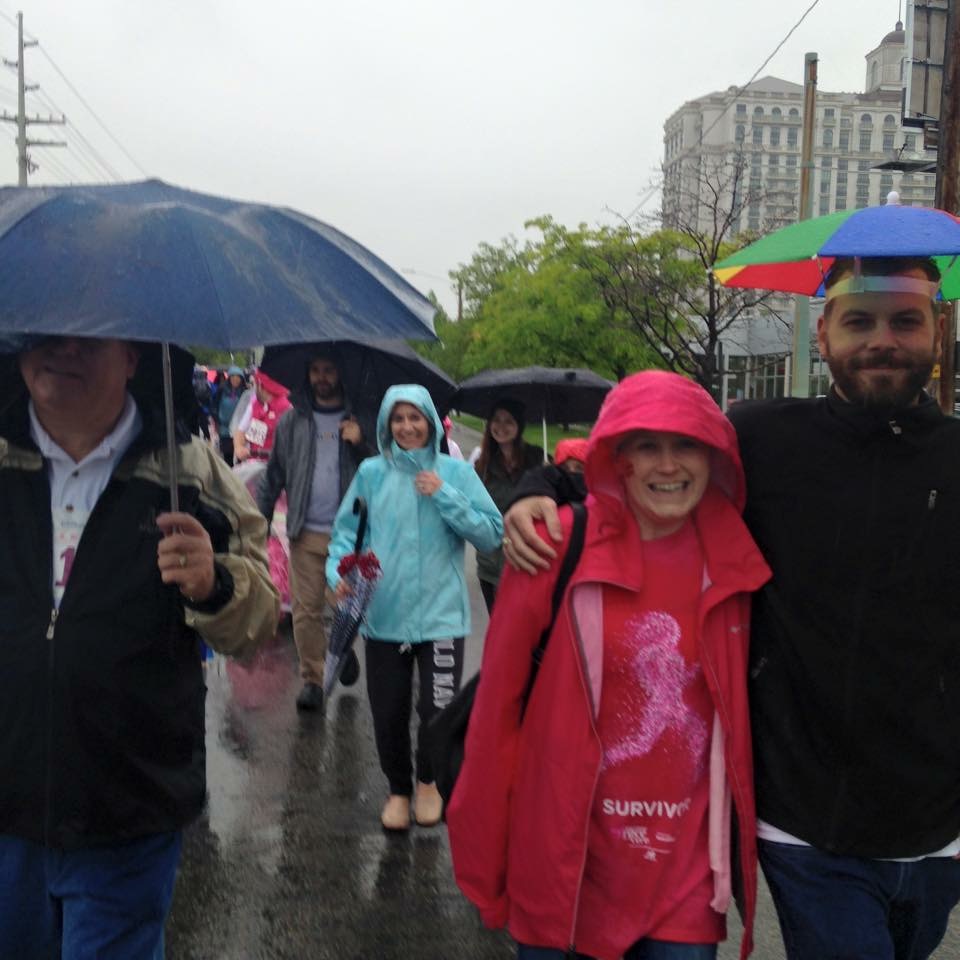 The Elemonator team raised $8,971 – we were the second place team and had 66 members! I was so proud of the amazing turn out. How much love and support I had throughout this whole thing. I really appreciated that the Komen Utah team gave me the opportunity to be the Honorary Race Chair and that I got to meet the awesome KSL & FM 100.3 teams. It has been a great experience that I wouldn’t change for anything.

Thank you everyone that donated, ran, raised funds, and were involved. I love you all from the bottom of my heart.

Each day we are one step closer to a cure, we just need to keep funding research and never give up hope.