Home » Life » It Takes a Village

It Takes a Village 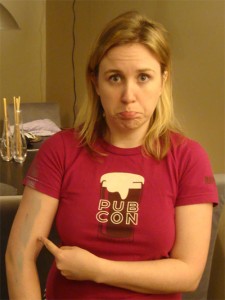 It takes a village to keep Mandi from working on a bathroom it seems. Not that I am complaining that someone else is willing to battle the fight that is concrete backer board. I was told that my task for this evening is to sit on my butt and do nothing, hrm, not working so well. Thus why I am tip tapping on the laptop watching the drama that is backer board. We had to get the thicker stuff because a genius plumber opted to put the toilet stack a bit on the tall side.

Right after we started we ran through two saw blades. Backer board two, Hudson & Co. zero. We called my older brother Justin in pure desperation, we needed something to cut through the backer board of DOOM. 5 minutes after we called Justin and he was on his way over with tools to save the day I got a phone call from Tanner letting me know that there was a big box of tools hiding under our boat in the carport. He had seen the process that was coming and knew our limited tool set. Justin was just moments away when I called him to let him know we had the tools. He at least stopped by and said “hello” before heading back home (we also stole his sawsall, just in case).

Brady’s mom sent him over with a lifetime supply (I may be exaggerating a bit today…) of chili verde and tortillas. After a delicious feast of a dinner fit for a king everyone was back at the bathroom again. Mel was taping, Scott, Mike and Brady were sawing and Mandi was sitting… 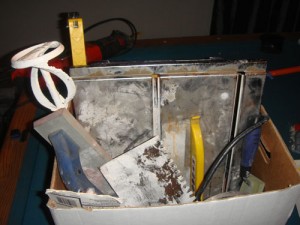 Honestly, I think I could handle an end to the emotional roller coaster that is this week. Part of me wants to get this surgery over done ASAP, the other part of me wants to run around and explore the world before I got through surgery and chemo (slow growing cancer right?!?). At other times I am scared to death that it has spread into my body elsewhere. I keep telling myself “one day at a time,” but my brain doesn’t know how to do that.

I was told that the worst part is this “waiting” phase. I hope this is the worst part – I push as hard as I can to be positive, but I lose sometimes. I am sure it is normal, but WOW, this has only just begun. Well, I know I am not alone, there is a village willing to work on the bathroom and keep me from overextending myself. 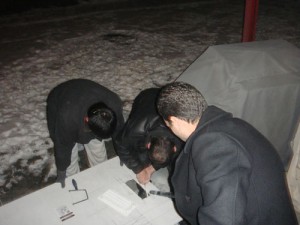 The boys beating the board into submission. 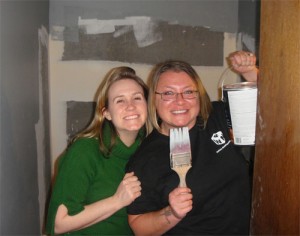 Me pretending to paint (note how I am in work clothes, not painting clothes)

This is what they do for a support and they are passionate approximately scholarship, search, and writing best do my essay business teacher vacancies During 2014, students from at least 37 of the universitys courses used the servicing. Our writers livelihood in trace with you 247 to piddle trusted that the customs essay is of high-pitched tone.